Next up in our Faculty Book Giveaway is a book co-authored by Dr. Peter Gurry, A New Approach to Textual Criticism: An Introduction to the Coherence Based Genealogical Method. This book introduces a new method of New Testament textual criticism that is influencing the text of our Greek New Testament. Read more about it in Dr. Gurry’s blog post or watch the video from our Night with the Professors. 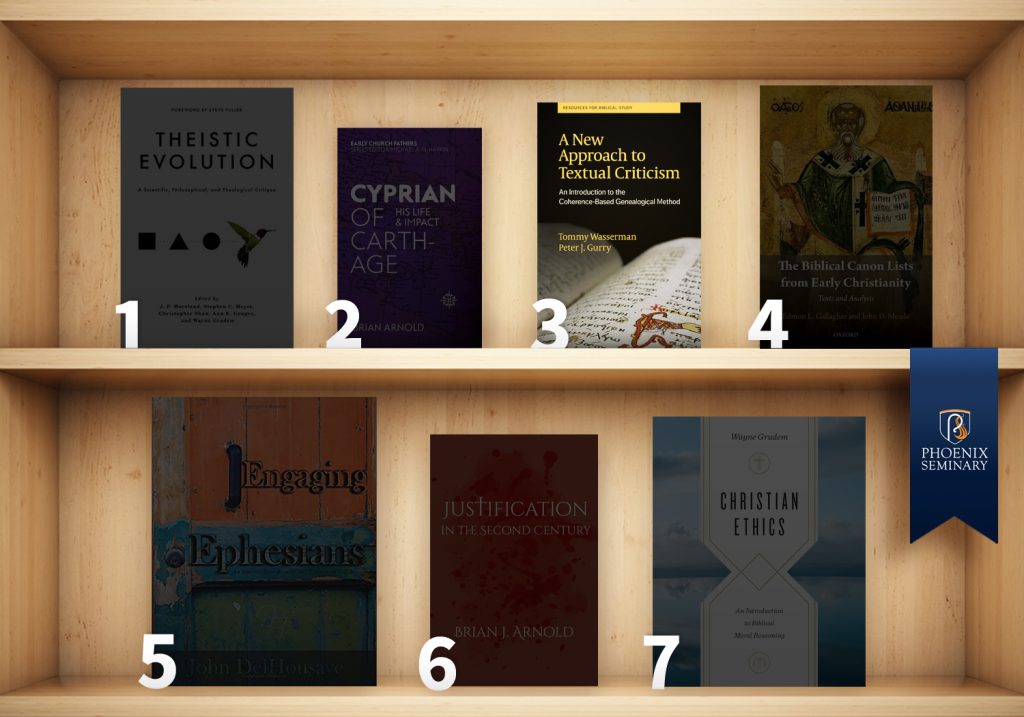 a Rafflecopter giveaway
About the Book With the publication of the widely used twenty-eighth edition of Nestle-Aland’s Novum Testamentum Graece and the fifth edition of the United Bible Society Greek New Testament, a computer-assisted method known as the Coherence-Based Genealogical Method (CBGM) was used for the first time to determine the most valuable witnesses and establish the initial text. This book offers the first full-length, student-friendly introduction to this important new method. After setting out the method’s history, separate chapters clarify its key concepts such as genealogical coherence, textual flow diagrams, and the global stemma. Examples from across the New Testament are used to show how the method works in practice. The result is an essential introduction that will be of interest to students, translators, commentators, and anyone else who studies the Greek New Testament.

“For anybody who cares about the text of the New Testament, there will be few books published in biblical studies over the next decade that will be more important than this one. Tommy Wasserman and Peter Gurry describe some of the tectonic shifts that are currently occurring in the way that New Testament text critics are reconstructing the earliest recoverable form of the Greek text of the New Testament. With great care and clarity, the authors explain the intricacies of the Coherence-Based Genealogical Method in ways that both scholars and non-specialists can readily understand. For anybody who wishes to know how the text of latest printed scholarly editions of the Greek New Testament has been determined, and why it differs from earlier editions then this is the book to read.”

“Writing an introduction to the Coherence-Based Genealogical Method for the uninitiated must be akin to trying to teach the Amish how to drive a Ferrari. CBGM is a complex method that Wasserman and Gurry have simplified with a rather humane writing style, but this does not mean that those who have minimal exposure to this method will jump at the chance to understand it. They should, and Wasserman and Gurry are the right guides to gently bring them into the realm of 21st century NT textual criticism. This book is a welcome addition to the library of anyone (not just the neophyte) who wants to understand this arcane, yet foundational, discipline that has grown in intricacies and subtleties in recent years.”

Peter Gurry joined the Phoenix Seminary faculty in 2017. He teaches courses in Greek Language and New Testament literature. His research interests range across Greek grammar, New Testament textual criticism, the General Epistles, and the history of Biblical scholarship. Learn more about Peter at his faculty page.