The sixth book in our Faculty Book Giveaway is Justification in the Second Century by Dr. Brian Arnold. Dr. Arnold is Assistant Professor of Theology and a former pastor in Kentucky. This book was formerly published in hardback and has just recently been released in paperback by Baylor University Press. 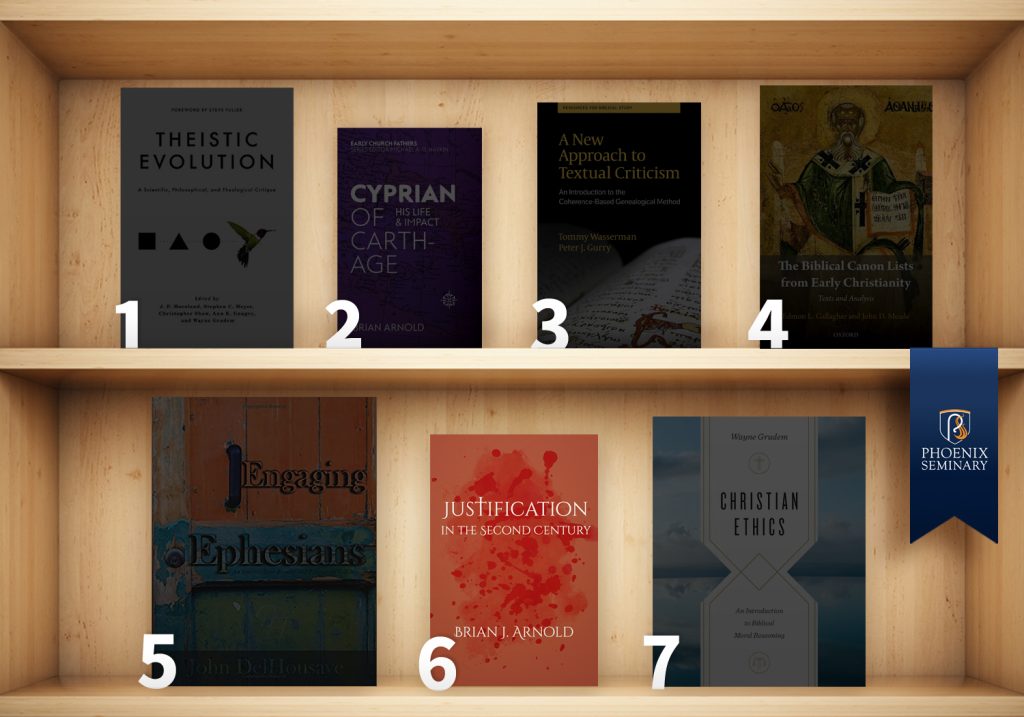 T. F. Torrance’s influential The Doctrine of Grace in the Apostolic Fathers (1948) relegated the collection of Christianity’s earliest noncanonical witnesses to a fall from grace. According to Torrance, the Apostolic Fathers abandoned Paul’s “justification by faith” and instead advocated for various forms of “works righteousness.”

Given the new perspectives on both Paul and first-century Judaism, Brian Arnold challenges Torrance’s judgments of the Apostolic Fathers by assessing the clarity, prevalence, and importance of Paul’s doctrine of justification one hundred years after Paul’s death (ca. 165 CE). Arnold carefully examines the ancient writings of Clement of Rome, Ignatius of Antioch, and Justin Martyr, as well as the Epistle to Diognetus and the Odes of Solomon, providing close readings of key texts. Arnold concludes, contrary to Torrance, that Paul’s teaching on justification is present, understood, and important in second-century writings. Arnold opposes arguments that claim the Early Church Fathers either misunderstood Paul or were uninterested in the doctrine. Arnold shows that Christianity, in its earliest practices, emphasized the virtuous life that must follow one’s baptism, while also contending that faith is the only prerequisite for justification.

While second-century Christian literature may not mimic Paul’s language at every point, Arnold shows that the essence of Pauline soteriology—the liberation and new life that faith in Christ’s atoning death provides apart from election and law—continues to be a dominant theme of Christian reflection, praxis, and worship.

“This bold and provocative study is primarily an exercise in historical correction. It challenges the widely held view that Paul’s idea of justification by faith was largely lost or passed over by second-century Christian writers. Through a close reading of the relevant texts, Arnold rejects this perspective. While he acknowledges the differences between early Christian writers, he argues that in various ways and in multiple forms the notion of justification by faith was propagated and preserved by authors such as Clement of Rome, Ignatius of Antioch and Justin. This book will undoubtedly cause a stir due to its clearly articulated challenge to a near-unanimous scholarly view.”

Dr. Arnold joined the Phoenix Seminary faculty in 2015 and teaches courses in Systematic Theology and Church History. You can learn more about him at his faculty page.