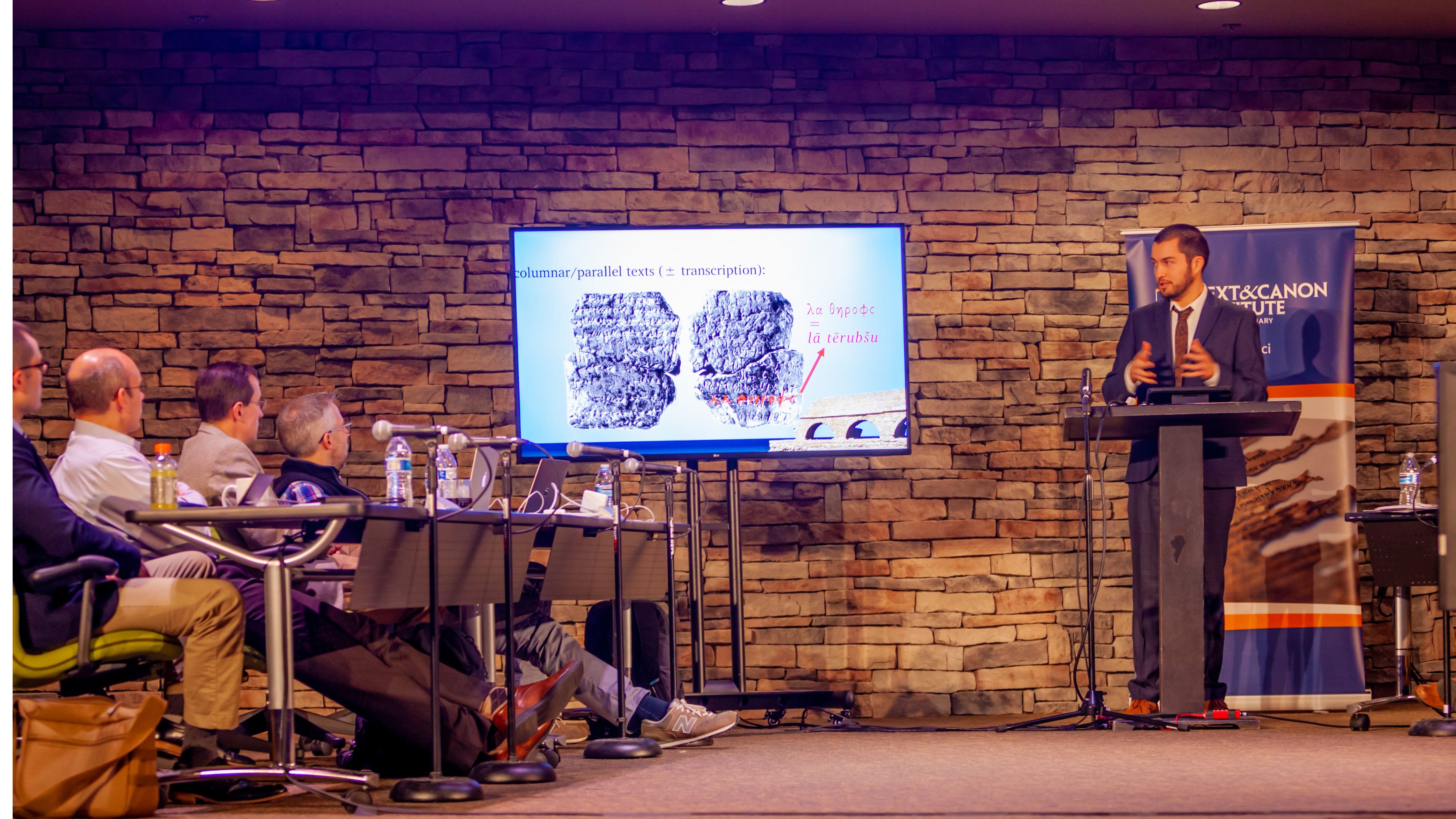 On November 17–18, Phoenix Seminary’s Text and Canon Institute (TCI) hosted the Origen as Philologist colloquium, an event that brought together a group of international scholars to explore Origen’s textual scholarship on the Old Testament and its reception in Late Antiquity.

“It’s extremely important to me,” said Peter J. Gentry, distinguished visiting professor of Old Testament at Phoenix Seminary and the TCI’s senior research fellow. “The last conference like this was Oxford’s Rich Seminar in 1994. That was 27 years ago.” The Rich Seminar sparked a renaissance of research on Origen’s work, and Gentry believes this past week’s colloquium is just as significant.

Origen of Alexandria moved to Caesarea around A.D. 232 and soon after began work on his Hexapla, a six-parallel-columned edition of the Old Testament in Hebrew and Greek. “What many Christians don’t realize,” said Gentry, “is that the fragments of Origen’s Hexapla preserve for us some of the earliest texts that we have for the Old Testament.”

Whenever an ancient text—whether the Bible or Homer’s Odyssey—becomes popular, it is copied and circulated widely. Over time, the copies begin to reflect changes—both accidental and intentional—from the earlier manuscripts. The Hexapla was an attempt on Origen’s part to compare the varying manuscripts of the Old Testament that were available to him. The edition he compiled inspired the preparation of subsequent scholarly editions of the Greek Scriptures and affected the textual transmission and exegesis of the Old Testament in both its Greek and Hebrew forms. 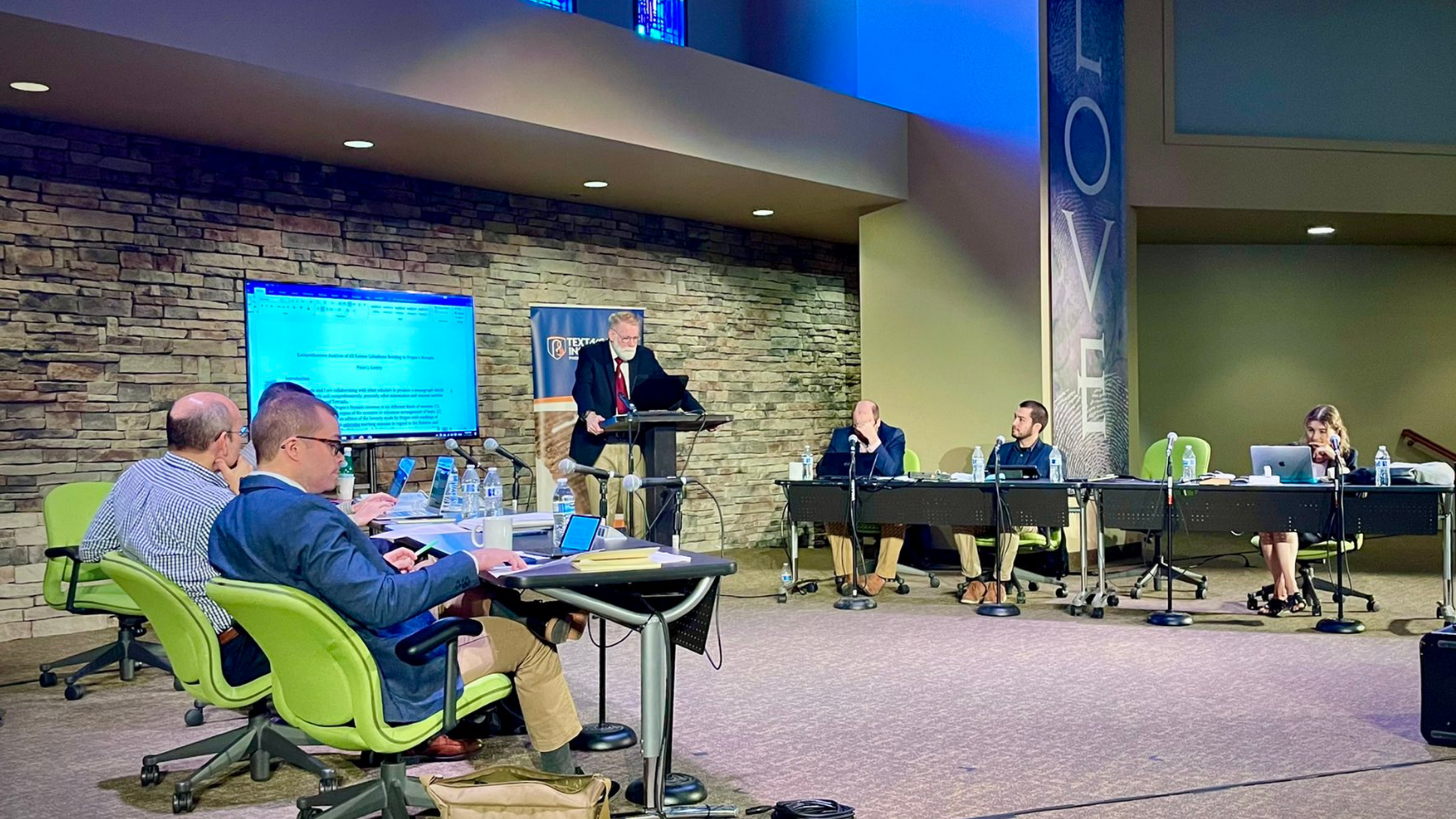 The men and women who gathered to discuss the hexaplaric textual history at the Origen colloquium represented an interdisciplinary group. “What is happening now,” said Dr. Francesca Schironi, Professor of Classical Studies at the University of Michigan, “is that finally biblical scholars—people who study the Bible, people who study Syriac—and classicists have started talking to each other.”

“People speak about interdisciplinarity,” said Schironi, “but it’s hardly happening with the classics. So this is beautiful because aside from the scholars coming from different parts of the world, they’re coming from fundamentally different fields.”

Benjamin Kantor of the University of Cambridge shares Schironi’s assessment that interdisciplinarity is of key importance. “We all see that we’re so dependent on one another,” he said, “to answer questions, or to clarify things that we can’t get as individuals. We were able to take a big step forward because of how much we gained from each other.” 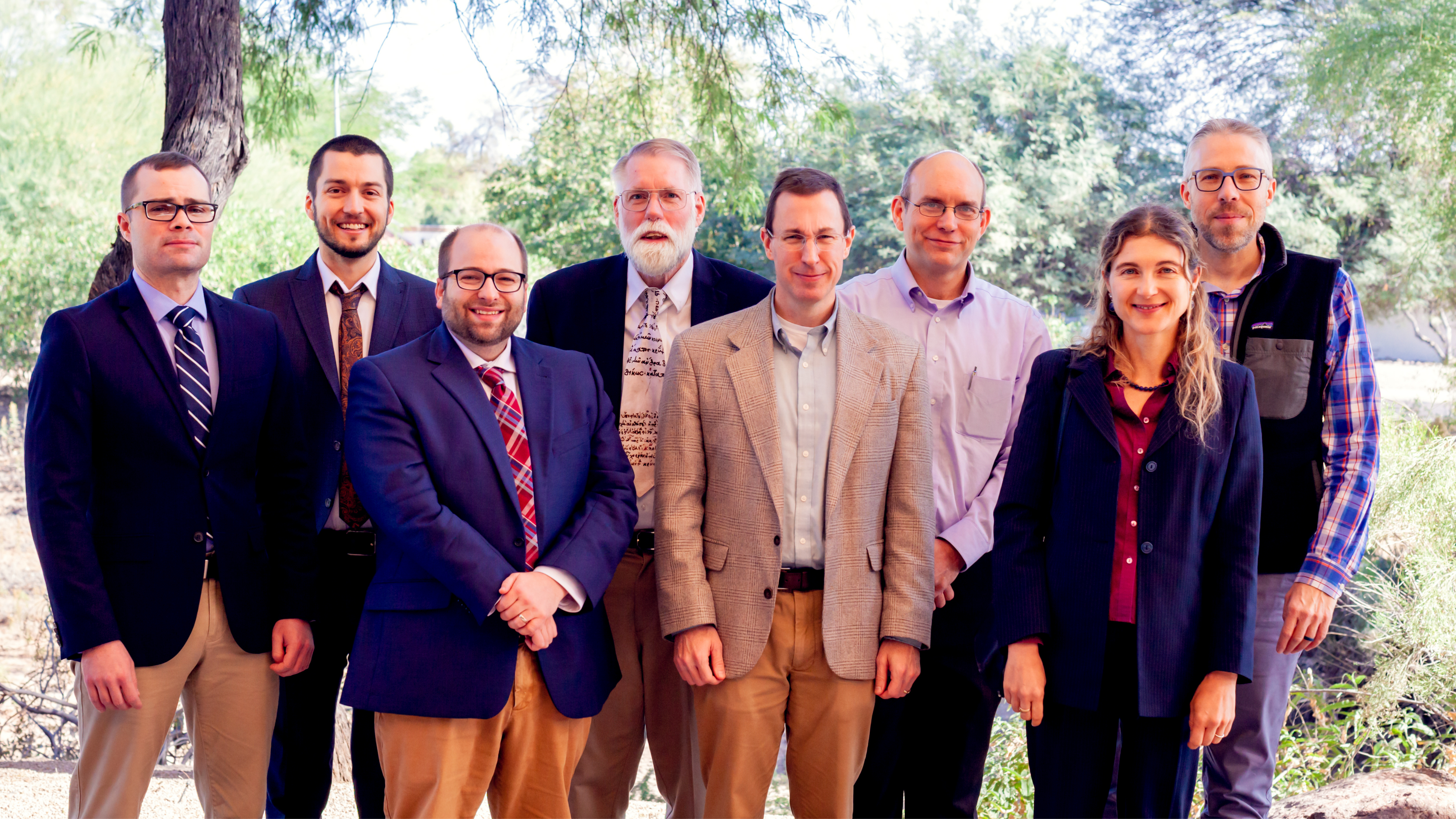 The TCI leadership plans to publish the papers presented at the colloquium in a single volume with an academic publisher like Brill. In addition to Kantor, Gentry, and Schironi, the presenters at the colloquium included Edmon L. Gallagher of Heritage Christian University, Michael Graves of Wheaton College, Anna Kharanauli of Ivane Javakhishvili Tbilisi State University, Bradley J. Marsh, Jr. of Martin-Luther-Universität Halle-Wittenberg, Peter W. Martens of Saint Louis University, Matthew Miller of the Classical School of Wichita, Alison Salvesen of the University of Oxford, and John D. Meade, who serves as associate professor of Old Testament at Phoenix Seminary and co-director of the Text and Canon Institute.

“The Origen Colloquium displayed important and wonderful interdisciplinary scholarship,” said Meade. “Scholars in classics, patristics, Septuagint, and biblical studies leveraged their expertise in search of reconstructing Origen’s textual work on the early copies of the Bible. The colloquium aimed to describe Origen’s work in his Hexapla and more specifically his later critical edition known as the Tetrapla. One of the aims of the Text and Canon Institute is to foster scholarship on the Bible’s history at the highest level, and the Origen Colloquium displayed that aim nicely.”

Gentry shared what it was like to see Meade, one of his own doctoral students, lead an effort like this colloquium. “It’s immensely rewarding. It’s very encouraging to see some of the interests and passions I’ve had about the canon, the history of the text, and the reliability of Scripture being pursued so avidly by Dr. John Meade and the leaders here at Phoenix Seminary.”

For more information about the Text and Canon Institute, including resources that illuminate the history of the Bible, upcoming events, and future publications, visit textandcanon.org.