The Phoenix Seminary Text & Canon Institute is pleased to announce its first academic colloquium November 18–19, 2020. Drawing together scholars from around the world, the Origen as Philologist Colloquium will explore the rich history of one of Christianity’s greatest textual scholars, Origen of Alexandria (184–253).

Well known for his theological work, Origen was also a prolific textual scholar. His six-columned edition of the Old Testament known as the Hexapla inspired the preparation of subsequent scholarly editions of the Greek scriptures that impacted the text and exegesis of the Scriptures in their Greek and Hebrew forms across the Roman empire. Hosted on the Phoenix Seminary campus, this event follows 25 years after Oxford’s Rich Seminar sparked a renaissance in Origen’s textual scholarship and follows the first publication in a new edition of Origen’s Hexepla fragments by Dr. John Meade.

This conference is part of the seminary’s larger commitment to scholarship with a shepherd’s heart and fulfills the Text & Canon Institute’s mission to encourage research and publication of scholarly work on the history of the canon and the text of the Bible. This colloquium in the Fall of 2020 complements the Institute’s lay-directed Sacred Words conference happening in early 2020.

For more information on the colloquium, including speakers, visit ps.edu/origen. 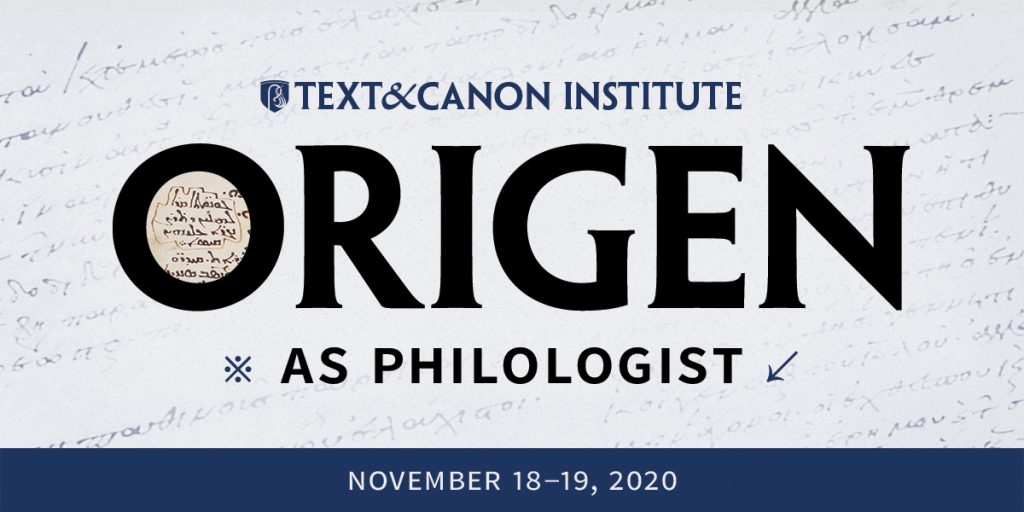