Hope in the Face of Temptation

Home » Hope in the Face of Temptation 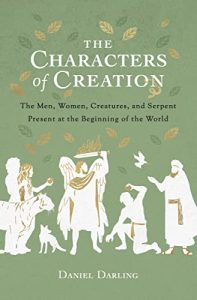 Temptation is a part of all our lives. The serpent’s appeal, so crafty and surgical, has been repeated by the enemy every day since the Garden. Like Eve, we hear the whispers, the lies, the subtle voice of the Enemy. He peddles the myth, that to sin—to yield to the voice of Satan and indulge our desires—is the essence of being human.

And yet we must not only see ourselves as Genesis 3 people, fallen, but as Genesis 1 people as well. Attempting to be like God is sin and makes us less than human. Eve should have resisted the serpent, but in her indulgence she didn’t become like God. She became like an animal instead. There is a reason that evil is depicted in the book of Revelation as a dragon. Temptation preys on animal instincts. It tells us we are nothing more than our desires.

So what can we do in the face of temptation? How can we resist the advances of the enemy? Corrupted by the fall, we can’t help but sin. Religion, in a way, has us back in fig leaves, using our own efforts to fix the messes we make. But we know that even on our best days we often say yes to sin. “Not today, Satan” is a myth. At least for you and me.

Our Source of Hope

But Jesus, the seed of the women who took on human flesh, was “tempted in every way, yet without sin (Hebrews 4:15).” Jesus alone walked through a desert of temptation, assaulted with the same lies as Eve and yet emerged sinless, the perfect God man.

Thankfully, Jesus offers more than just a good example of how to resist the devil. Paul writes in Colossians 2:15, that Jesus “disarmed the rulers and authorities and disgraced them publicly; he triumphed over them in him.” Yes, Jesus said “no” to Satan, but then He went beyond that, to the cross. In his agony, He cried “It is finished.”

So while we can’t go back to Eden, we also don’t walk through the desert of temptation alone. Jesus went before us. Jesus resisted Satan’s overtures. Jesus went to the cross then rose again. Jesus defeated sin, death and the grave.

The Fate of Our Enemy

Satan still roams the earth seeking to devour, but he is on a leash. His status as prince and power of the air is temporary. And though we should not underestimate him, we also should not live in fear.

Satan, Michael Heisler reminds us, “remains active in the world until the final judgement, blinding the minds of people to prevent them from joining the kingdom of Jesus, but he has no accusation to bring against those who belong to Christ. His rightful claim over their lives in the realm of the dead is nullified through the resurrection of Christ and the union with Christ for all who believe the gospel. In the final judgment, Satan’s domicile, the realm of the dead, is transformed into the place of his torment.[1]”

Those who are in Christ can take comfort in the words the aging Apostle John wrote to a church beleaguered by persecution and despair: “Greater is he that is in you than he that is in the world (1 John 4:4).” The Bible tells us that Satan’s ultimate end is hell. He will be banished there forever when Jesus returns and tempt the nations no more (Revelation 20:3).

Until then, we can rest in spiritual power, refusing to fight the devil on his terms or in our own strength. The Bible promises us that the Spirit of God empowers us to overcome temptation:

No temptation has come upon you except what is common to humanity. But God is faithful; he will not allow you to be tempted beyond what you are able, but with the temptation he will also provide the way out so that you may be able to bear it. 1 Corinthians 10:13

That way of escape is not self-sufficiency or the ability to help ourselves, but the resources we have as citizens of God’s new kingdom. Escape comes through spiritual power. “ For although we live in the flesh, we do not wage war according to the flesh, since the weapons of our warfare are not of the flesh, but are powerful through God for the demolition of strongholds (2 Corinthians 10:4).”

We fight sin. We resist temptation. We throw back the lies of the enemy with God’s full armor (Ephesians 6). Every battle may not be a victory—We will follow Eve’s example daily—but on this side of Calvary, we don’t have to sit in our sin, drawing instead upon God’s rich provision of mercy. There we find forgiveness and freedom (1 John 1:9). And the devil, whose name means “accuser” cannot claim our souls nor pin guilt on us because Christ has taken our guilt and shame (Revelation 12:10).

Satan is powerful. He’s a lion who roars. And yet we should not ascribe God-like characteristics to him. He’s not all powerful. Or all knowing. He cannot read our thoughts and does not know the future. He captains a horde of demons, but they are on the losing side. In the power of the Spirit of God, the devil can be resisted.

The serpent has unleashed evil in God’s good creation, but we can say, with the reformer Martin Luther: “The prince of darkness grim, we tremble not for him. His rage we can endure, but lo, his doom is sure. One little word shall fell him.” 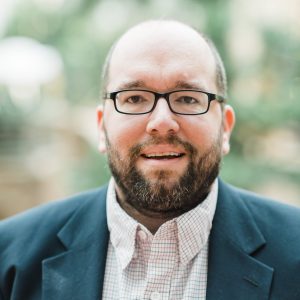 Daniel Darling is the director of the Land Center for Cultural Engagement at Southwestern Baptist Theological Seminary and Assistant Professor for Faith and Culture at Texas Baptist College. He is the author of several books, including The Characters of Christmas, The Characters of Easter, The Dignity Revolution, and A Way With Words. He has pastored churches in Illinois and Tennessee and currently lives with his wife and four children in the Dallas/Fort Worth area. The article above is adapted from an excerpt of his new book The Characters of Creation.