He Descended into Hell, or Did He? | Jesus’s Descent and Why It Matters for Christian Theology

Home » He Descended into Hell, or Did He? | Jesus’s Descent and Why It Matters for Christian Theology

The Apostles’ Creed is one of the church’s most ancient confessions. To this day, it is still used by many Protestant denominations and the Roman Catholic Church. Yet it contains a particular phrase that has caused great debate throughout the ages.

Here is the creed:

I believe in God the Father almighty, Creator of heaven and earth. I believe in Jesus Christ, his only Son, our Lord, who was conceived by the Holy Spirit and born of the virgin Mary. He suffered under Pontius Pilate, was crucified, died, and was buried. He descended into hell. The third day, he rose again from the dead. He ascended to heaven and is seated at the right hand of God the Father Almighty. From there he will come to judge the living and the dead. I believe in the Holy Spirit, the holy catholic (or universal) church, the communion of saints, the forgiveness of sins, the resurrection of the body, and the life everlasting. Amen.

It’s the phrase “he descended to hell” that has caused continuing controversy in the church. What happened to Jesus after he died on Friday and rose from the dead on Sunday? Did he actually descend into hell? If not, where did he go?

Let’s take a look at this important, fascinating question.

First, some critical nuance is needed. When the question is asked, “Did Jesus actually descend into hell?”, we must define our terms. If by the term “hell” we mean the place of torment where those who aren’t in Christ go to experience God’s wrath in the intermediate state and then for eternity, then the answer is no. Jesus didn’t go there.

The New Testament uses a few different terms to refer to the place of the dead—what we would call “the intermediate state.” Sometimes it’s a general term, where it’s referring to the place everyone’s soul goes when they die, without differentiating between righteous and unrighteous. “The abyss” in Romans 10:7 is one example.

The basic idea in both the Old and New Testaments is that there’s one place of the dead, and it’s divided into the righteous compartment, so to speak (e.g. paradise, Abraham’s bosom, etc.) and the unrighteous compartment (e.g. Gehenna, Hades, Sheol, etc.).

As we think about Jesus’ descent, we must now consider 1 Peter 3:18–22, a passage that sheds great light on this subject but has also been quite controversial throughout church history. Here’s what it says:

For Christ also suffered once for sins, the righteous for the unrighteous, that he might bring us to God, being put to death in the flesh but made alive in the spirit, in which he went and proclaimed to the spirits in prison, because they formerly did not obey, when God’s patience waited in the days of Noah, while the ark was being prepared, in which a few, that is, eight persons, were brought safely through water. Baptism, which corresponds to this, now saves you, not as a removal of dirt from the body but as an appeal to God for a good conscience, through the resurrection of Jesus Christ, who has gone into heaven and is at the right hand of God, with angels, authorities, and powers having been subjected to him.

This text, I think fairly simply, deals with what happened to Jesus between his death and resurrection. Peter speaks here about not just Jesus’ descent, but about the whole course of Christ’s obedience—his life, crucifixion and resurrection.

But then there’s that phrase, “In the spirit, in which he went and proclaimed to the spirits in prison.” Other interpreters have taken it differently, but I see that as referring to what Jesus did between his death and resurrection.

If you read that phrase as a reference to the time period between his death and resurrection, this is when Christ went and “proclaimed” his victory—through his substitutionary death—over Satan, death, and all evil. This is his victory announcement for the righteous dead. It’s almost like Jesus is having a “Hey everybody, I win!” moment in the descent, preaching his victory to everyone in the place of the dead. 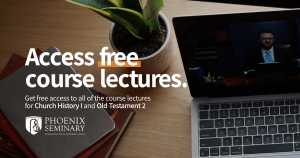 Keep in mind that in ancient times, the underworld, or the place of the dead, was not just viewed as the place where the dead reside, but also the place where Satan and evil angels reside, as well. In 1 Peter 3, he’s proclaiming it to those under the earth. Then, to borrow language from Philippians 2:10–11, Christ will proclaim his victory to those on the earth after his resurrection, and later, to those in heaven after his ascension.

Both in 1 Peter 3 and Philippians 2, he is being recognized as Lord by all those in heaven, on earth, and under the earth—that is, the place of the dead.

While I don’t think Philippians 2 has the descent in mind, in a narrative sense, I do think it substantiates the idea that Jesus’ victory is declared, not just to those who are alive now, or to those in heaven (i.e. the angels), but also to those under the earth. Jesus is known as King there, too. 1 Peter 3 describes how that happened.

How is Jesus known as King? He went down and proclaimed his victory there.

In his book The Unseen Realm (which I don’t affirm in its totality), author Michael Heiser makes an interesting argument that this place of the dead, really, is the kingdom of the serpent in the Old Testament. In his descent, Jesus kicked down the gates of the kingdom of the serpent and showed he’s King there, too. This accords with the Old Testament’s plotline—that Yahweh isn’t just King in Israel, he’s King over everything. God, in the person of Jesus, entered even the kingdom of death and declared his victory in his descent.

What We Lose if We Dismiss the Descent

I believe there are several significant systematic doctrinal reasons why we must affirm Jesus’ descent after his crucifixion. The biggest reason is it gives us a clear vision for why the ancient heresy Apollinarianism isn’t true.

Apollinarianism suggests that when God the Son incarnated, he only took on a human body, but not a human soul. In other words, on earth, Jesus was only—in terms of his human nature—a material being, according to Apollinarian thought. He was only in his physical body and the processes by which that body functioned.

What better doctrine to combat this heresy than Jesus’ descent—the doctrine that says that Jesus, according to his human soul, consciously descended to the place of the dead and declared victory there? That was really the importance of it in the early church. In fact, I think there’s evidence suggesting that when the descent clause was emphasized in various iterations of the Apostles’ Creed, it’s because the church was fighting fiercely against Apollinarianism at that moment.

Additionally, when discussing Jesus’ descent, the early church also emphasized what we previously discussed—that Jesus is King over everything, including the kingdom of death. So it’s important in terms of soteriology. Jesus’ descent tells us something about what his atoning work accomplished for our salvation.

In his descent, Jesus defeated the kingdom of the enemy. He did that because of the work he already accomplished on the cross. He wasn’t doing something new in his descent. Rather, he was taking what he already accomplished and applying it in the realm of the dead. Because he already died the death we deserved for sin—on the cross, in penal substitution—death has no power over the righteous. Because of his death on the cross, he’s victorious over death itself and the realm of the dead.

The doctrine of Jesus’ descent affirms that his key action in salvation was substituting himself for sinners in his crucifixion. That substitution has effects that include his victory over the realm of the dead, and therefore his ability to bring us up from the dead and into new life in him.

Jesus’ descent is not a popular doctrine in many evangelical circles today. Oftentimes, the arguments against this belief are built on Jesus’ words during the crucifixion. Let’s briefly take a look at them.

The first is Jesus’ declaration, “It is finished” in John 19:30 just before he died. Some would say, “If Jesus’ work of redemption was truly finished, why did he need to descend to the place of the dead?”

When Jesus said, “It is finished,” he meant his active obedience was done. He lived the perfect life that we can’t live, and he died the death that we deserve. There was nothing else left to do in that regard.

In his descent, resurrection and ascension, he applied that work to reality. In his descent, he’s really dead because death is part of the penalty for sin. Jesus experienced penal substitution and God’s wrath on the cross. He took our place and bore our punishment.

But when he descended, he applied his finished work to the realm of the dead, declaring victory that he already won. Again, he wasn’t doing anything new. He was saying, “Hey everybody down here, as a result of what I’ve already done, guess what? I win!”

After the resurrection, he applied his finished work on the cross to his bodily life, his post-resurrection teaching and ministry, and the realm of earth. In his ascension, it’s the same thing—his rule and his bodily ascension are a result of what he already accomplished.

Now, because of his perfect life and atoning death, Christ rules over all things. All these things are not new actions he had to do to save. They’re applications of what he has already done to save, in every realm of reality—under the earth, on the earth, and in the heavens.

A second counter-argument often comes from Luke 23:43, where Jesus says to the thief on the cross, “Truly, I say to you, today you will be with me in paradise.” As you’ll recall, “paradise” was one of several metaphorical terms that Scripture uses referring to the righteous compartment of the place of the dead. You can’t dig into the dirt and find the place of the dead where human souls reside.

When the dead are waiting for the resurrection, they’re waiting—to use the Bible’s spatial, metaphorical language—“down” in the place of the dead. When Jesus dies, he goes “down” to paradise, so to speak.

Now, however, because of the resurrection and ascension, things have changed. So the spatial language changes. Now, Christ has come into the midst of the righteous. He’s in the throne room of heaven, and they’re up with him. When we die, we talk about going up to heaven, rather than down to the place of the dead, because the nature of the place of the dead has changed. 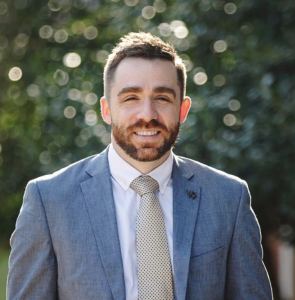 Dr. Matthew Emerson is professor of Religion, Floyd K. Clark chair of Christian Leadership, and dean of Theology, Arts, and Humanities at Oklahoma Baptist University. He is the author of “He Descended to the Dead”: An Evangelical Theology of Holy Saturday (IVP Academic, 2019). Dr. Emerson holds a Ph.D. from Southeastern Baptist Theological Seminary.