There are a few questions related to work and economics that I field regularly. They all center around whether work, money, and economics in general are inherently good, neutral, or necessary evils in our post-fall world. Faithful followers of Christ want to know, how should I think about my relationship to God and my work? Is money just for funding missions and ministry? Is my workplace merely a field for evangelism and discipleship, or is there any inherent value in my work?

We cannot answer all of these in this short space, but we can explore key elements of a biblical vision of work and economics that can serve as a foundation for an answer to these important questions. Although there are resources throughout the Scriptures, this short article will focus on what the account of creation can teach us about work and economics.

In the early Genesis narrative, we often skip over details in order to focus on humanity’s creation. However, in those details we find some subtle, but really interesting perspectives on creation, work, and economics. The description of the land in Gen 2:10–14 indicates that some locations had gold, bdellium, and onyx, which means there were also places where these natural resources did not occur. Additionally, the note that the gold in Havilah was good, implies there were places that had gold of a lesser quality. These textual details suggest to the reader that variations of resources occurred intentionally and were not post-fall in origin. We learn that even without the presence of sin, creation’s design included economic diversity.

We can press further and see the roots of economic activity in this diversity. If, before the fall, humanity had obeyed the command of Gen 1:28 and moved to fill the whole of the earth, different communities and individuals would have had radically different resources. One community would have had quality timber, while another good stone. Thus trade, the most basic form of economic activity, would have been necessary. Trade would have been required to meet the needs of each and every community.

Additionally, individuals would likely have developed unique strengths working with the resources that were most abundant in their local communities. This would have naturally led to the various skilled trades and crafts. What this teaches us is that work, specialized vocations, and other economic activities like trade were part of the inherent goodness of creation.

Beyond this general glimpse of how the creation might have unfolded before the fall, we see Adam engaged in work, carrying out the divine mandate to tend the garden. Three key components of his work are helpful as we seek to address the question of whether work has any inherent value. First, we see that Adam’s work is imitative of God’s work. His first task, naming the animals, has him ordering his world by speaking. The divine work of chapter one was done through God’s speech. Part of Adam’s expression of being made in the image of God is his creative work. Second, we can see that in naming the animals, Adam is obedient to the Lord’s creation schemes. He correctly concludes that none of the animals were suitable for him. Work can be a place where we live out our obedience to the Lord. Third, careful attention to the narrative details of Adam’s work reveals that Moses intended us to see his garden work as worship. As I recently wrote elsewhere:

Intentional word choices in the text indicate that we should understand Adam’s work as worship. Adam was placed, literally ‘caused to rest’, by God in the garden in order to work and keep it. Rest points forward literarily to Noah and the deliverance from the flood, and to the rest Israel would have from their enemies in the land. The terms ‘work’ . . . and ‘keep’ . . . are understood literally in the garden, but later they will be used to describe temple service and the people’s relationship to God’s revelation. Adam’s work is his intentional, reverential response to God’s provision and a pointer forward to later work and worship.

The account of creation teaches us that work is part of God’s good design of the world and that vocations, specialized trades, and economic activity in general are not a result of the fall. Rather, they are part of God’s intent for humanity to live communally and cooperatively, supplying one another with goods and services. This is all founded in  creation’s inherent diversity of resources. Further, our work, as modeled by Adam, can be a worshipful, obedient, and reverently imitative response to God’s great acts. Our work is one sphere in which we can live out our creation in his image. From the perspective of creation, work has inherent value and worth despite the challenges we face working in a fallen world.

If we had more time, we could explore the impact of sin on work and the ways in which God countered those effects among his people. We could consider his granting of wealth and the ability to make wealth to Israel (Deut 8:18). We could ponder the repeated assertion that the ability to enjoy work and its fruit is a gift of God (Eccl 3:3; 5:19). We could study the presence of the righteous poor and the righteous wealthy in the wisdom literature. We could wrestle with the tremendous impact of oppression and the misuse of wealth and power in the wisdom literature and prophets. Finally we could venture on into the New Testament and delve into Jesus’ teaching about economics. Economic realities are not outside the kingdom. They are the very things the Lord knows we need. As we seek his kingdom, economic concerns—food, shelter, clothing—are not omitted, they are what will be added (Matt 6:33). We could ask about Paul’s thoughts on work as he deftly moved between times as a missionary supported by donors and as a worker plying his trade while also planting churches. And these suggestions barely scratch the surface.

So how do we move forward? First, I think we acknowledge that like the rest of life, work and economics have been massively impacted by the presence of sin. This means the toil of our jobs, the sinful economic acts we witness, and the question of how to integrate work into our lives as followers of Christ, are legitimate concerns that should not be brushed aside. We can seek to confront sin in ourselves, our workplaces, and our communities as we understand the condemnation of economic oppression found in the proverbs and the prophets. Yet, despite the taint of sin, we can confidently pursue the good of work in light of the way God designed the world and humanity. We can, like Adam, seek to be creative, obedient, and worshipful in our work. And we can learn to acknowledge that work and the ability to enjoy it is a gift from God.

Human Flourishing: Economic Wisdom for a Fruitful Christian Vision of the Good Life by Greg Foster and Anthony Cross

The Bible and Money: Issues of Economy and Socioeconomic Ethics in the Bible by Markus Zehnder and Hallvard Hegalia

Business for the Common Good by Kenman L. Wong and Scott B. Rae 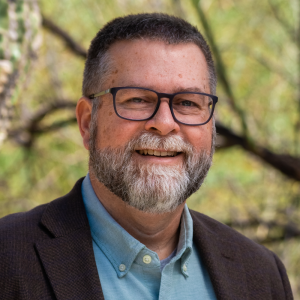 Dr.  J. Michael Thigpen earned a B.A. in Religious Studies from the University of North Carolina at Chapel Hill, an M.Div. from Columbia Biblical Seminary, and an M.Phil. and Ph.D. in Judaic, Hebraic, and Cognate Studies from Hebrew Union College. He is the author of Divine Motive in the Hebrew Bible: A Comprehensive Survey and Analysis. In addition to his academic background, Dr. Thigpen has extensive pastoral and executive leadership experience. He has served churches in South Carolina, Ohio, Kentucky, and California.  For more than a decade, Dr. Thigpen was the Executive Director of the Evangelical Theological Society.  Prior to beginning his academic career he served as an eBusiness senior project manager and call center director for US Bank.