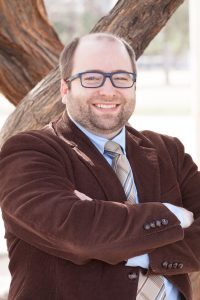 this month, Dr. John Meade will be participating in the XVIII. International Conference on Patristic Studies in Oxford, England. The conference expects around 1,000 delegates this year and promises to be a productive time discussing matters pertinent to the history of Christianity.

Dr. Meade will present a paper entitled, “Origen and the Disputed Books: A Reappraisal of the Evidence for an Origenic Recension of Books Outside the Hebrew Canon” as part of a workshop entitled “Early Christians and the Books at the Edges of the Canon.” In this paper, he continues his research into the history of the Bible by examining how early Christian scholars, like Origen of Alexandria (d. ca. 254 AD), practiced textual criticism by making scholarly editions of the biblical books both in and outside of the Jewish canon.

Dr. Meade’s research continues to show that ancient Christians knew about variants in the biblical manuscripts due to scribal copying and that these Christian scholars corrected them and also appreciated them for exegesis. Learning about ancient perspectives on the biblical text and textual criticism provides valuable context and perspective on the history of the Bible.