How should Christians respond to the coronavirus? From what I see and hear, there is growing panic, even in the church. But fear is not the Christian way. The Apostle Paul reminds us that “God gave us a spirit not of fear but of power and love and self-control” (2 Timothy 1:7). 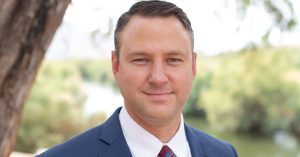 This reminds me of the story of John Wesley. He was on his way to America to evangelize but had the suspicion that he was not yet converted himself. And on that voyage across the Atlantic, a sudden and fierce storm arose, tossing the HMS Simmonds back and forth across the waves. Wesley feared for his life.

What shocked him, however, was the German Pietists on board the vessel called the Moravians. No matter how rough the seas became, they sat fearless, singing songs of praise and entrusting themselves to God’s providence. After the storm calmed, Wesley asked one of them, “Were you not afraid?” and they replied, “I thank God, no.”  Then Wesley continued, “But were not your women and children afraid?” The Moravian answered: “No, our women and children are not afraid to die.” Wesley had never seen such calm in the face of danger, and it changed his life. Not long after he came to saving faith in Christ.

As Christians, we can have the calm spirit of the Moravians. People are watching how we respond to this pandemic. Is our hope in this life like the rest of the world? Or do we entrust ourselves to a God of providence who commands even microscopic viruses? Should we take precautions and use wisdom? Absolutely! Should we panic and fear? Absolutely not.

The reality is that I cannot add a single day to my life. Neither can you. God recorded how many days we would have before we was born. As the Psalmist writes: “in your book were written, every one of them, the days that were formed for me, when as yet there was none of them” (Psalm 139:16).

My goal is to testify to God’s greatness for as many days I have and then to go to glory with him when those days are over. As Paul said, “we would rather be away from the body and at home with the Lord” (2 Corinthians 5:9).

Let’s show the world that we believe this! Let your faith be far greater than your fear.