A Conversation with Dr. J. Michael Thigpen about Human Flourishing and the Creation Mandate

Home » A Conversation with Dr. J. Michael Thigpen about Human Flourishing and the Creation Mandate

How are we to flourish in the presence of sin? And what role, if any, does the creation mandate—the commands which flow from our creation in God’s image—play in our flourishing in the presence of sin? What does that mandate have to do with justice and the gospel? These are questions that Phoenix Seminary Provost J. Michael Thigpen addresses in his contribution to the new book, Human Flourishing: Economic Wisdom for a Fruitful Christian Vision of the Good Life, ed. Anthony R. Cross and Greg Forster (Eugene, OR: Pickwick, 2020). Dr. Thigpen has been kind enough to allow us to excerpt his answers to these questions and a few more here for the Shepherds and Scholars blog 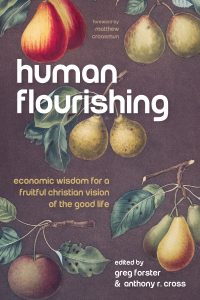 Traditionally, the creation mandate has been mined for flourishing with regard to stewarding the world’s resources, and with regard to culture and the structures of civilization. When issues related to sin are dealt with in this traditional approach, the role of the mandate is to remind us that God’s world is still good and that we can direct our stewardship of natural resources and cultural structures towards God in worship. That the world will be redeemed and our relationship with creation will be restored as part of God’s unfolding plan of redemption is also typically included, but only from the larger narrative arc of scripture, not from the mandate itself.

These are fine approaches that are very valuable, and which serve as trustworthy guides to our interaction with God’s creation. Yet, it seems that this approach has potentially misunderstood one element of the creation mandate, the command to subdue the earth

So, what does it mean to subdue the earth?

The textual and theological usage of subdue in the Old Testament suggests that rather than subduing the earth, through the use of its resources or agriculture, the intended meaning of this portion of the mandate is the subduing of the inhabitants of the earth. As we shall see this makes perfect sense in the pre-curse garden where the serpent comes to tempt Adam and Eve to rebel against God. The conflict intimated by the term subdue is needed even in the garden once sin is present. This is not a license for harshness or violence, but rather the just force needed to protect the earth and its inhabitants, and to exercise the representative reign for which humanity was created.

Both Mark Saucy and Greg Beale recognize that subdue in Genesis 1.28 represents a conflict with the serpent in Genesis 3. I would suggest, however, that there is much more to this command. Genesis 3 certainly presents a scenario in which Adam and Eve should have acted in line with their mandate to rule and subdue. They were to reign in the garden, as royal representatives. They should have ruled over and subdued the serpent. I think most biblical interpreters would agree with this, even if they still embrace a primarily agricultural or technological approach to subdue. It just fits the overall narrative too well not to see this as a missed opportunity to fulfill their mandate.

But is the serpent the only option? What about Adam and Eve themselves? What about their family?

If Cain will not subdue sin, sin will rule over him. Here in Genesis 4, it becomes even clearer his failure is not a failure to subdue some external part of creation. He has failed to subdue himself. Control of self is lost. Rulership is lost. The mandate is subverted.

Returning to Genesis 3, might not the first proper targets of subduing be Adam and Eve themselves? What if Eve had chosen to rule over sin, to subdue herself? What if Adam had subdued the serpent? What if he had intervened and subdued Eve instead of merely standing with her? What if Adam had subdued himself when offered the fruit? Yes, the serpent needed to be subdued, but so much more so did Adam and Eve. They failed to love God and to love each other by failing to rule over their own sin in the first place, and by failing to intervene lovingly with one another. We see this more clearly with Cain, but the parallels of Cain’s story press us to see it now in the garden.

How is the theme of subduing the earth further developed in Genesis?

Moving along through the narrative we encounter the mandate language of Genesis 1.26–28 again in Genesis 9. The use of the language of blessing and the threefold imperative to be fruitful, multiply, and fill serves to “transport the reader back to the world of Gen 1″ (Hamilton, Genesis 1–17, 313). This refrain from Genesis 1 serves as an inclusio marking off Genesis 9:1–7 as a distinct unit that focuses on restarting the mandate in the post-flood family (Wenham, Genesis 1–15, 192).

If we read the story carefully, however, we see that one key element is missing. Blessing is present. God speaking to humanity is present. The command to rule is present in the new food laws even though the term רדה is not found. But where is the command to subdue? Is it not found in the institution of the death penalty? Society is now charged with subduing the rogue one among them. The hostile element, the one who works against God’s creation of man in his image, is to be subdued.

If this reading is accepted, we now have the mandate to subdue the earth functioning fully from the individual to the society. As the stories of Adam, Eve, and Cain show, we must first and foremost subdue ourselves. If we do not, then sin will subdue and rule over us. We must subdue one another. Adam and Eve failed one another. Finally, in the post-flood re-initiation of the mandate, we must subdue on a societal level. Humanity united must subdue the evildoer in their midst.

How does understanding “subduing the earth” as enacting justice relate to our contemporary context?

As I attempted to move from this reading of the creation mandate to our contemporary context, it seemed clear that there are several elements of the narrative we must attend to if we want to arrive at valid definitions of flourishing and justice that are truly reflective of God’s design and are operative in our post-Genesis 3 world.

From Genesis 1–2 we must maintain the priority of the image of God, and we must apply the dignity and honor of being created in the image both to ourselves and to others. It must apply to me and to you if we are both to flourish and if there is to be justice for both of us. It is our creation in God’s image that most fundamentally binds us together as humans.

Following on from our creation in the image of God, we must recognize that flourishing and justice must both be communal and cooperative. Humanity is designed to function communally and cooperatively. This means that conceptions of flourishing or justice that are individualistic either in origin or implementation are not aligned with our creation mandate.

Finally, I should note that I have specifically constructed this study to address humanity as a whole. As such I am not yet exploring the communal nature of the church and our connection to the broader community of humanity. This work should be done, but the first step in this study is to look at humanity in general since we seek flourishing and justice for all, not just those in the church. It is surely true that genuine flourishing at the deepest levels will not occur outside the kingdom, but the influence and impact of the kingdom surely do include a level of flourishing for those outside akin to Jeremiah’s seeking the welfare of the city (Jer. 29). 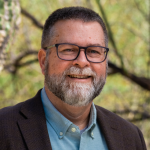 Dr. J. Michael Thigpen serves as provost and professor of Old Testament at Phoenix Seminary. Before coming to Phoenix, he served for more than a decade as the Executive Director of the Evangelical Theological Society. He also has extensive pastoral experience, having served churches in South Carolina, Ohio, Kentucky, and California. Michael is the author of Divine Motive in the Old Testament: A Comprehensive Survey and Analysis, and the iVocab series of language aids for Hebrew, Greek, and Syriac. He is currently preparing a commentary on Hosea, Joel, Amos, and Obadiah. He and his wife Bonnie have two daughters, Abigail and Hannah.